You and me, a time for planting

You and me, a time for planting 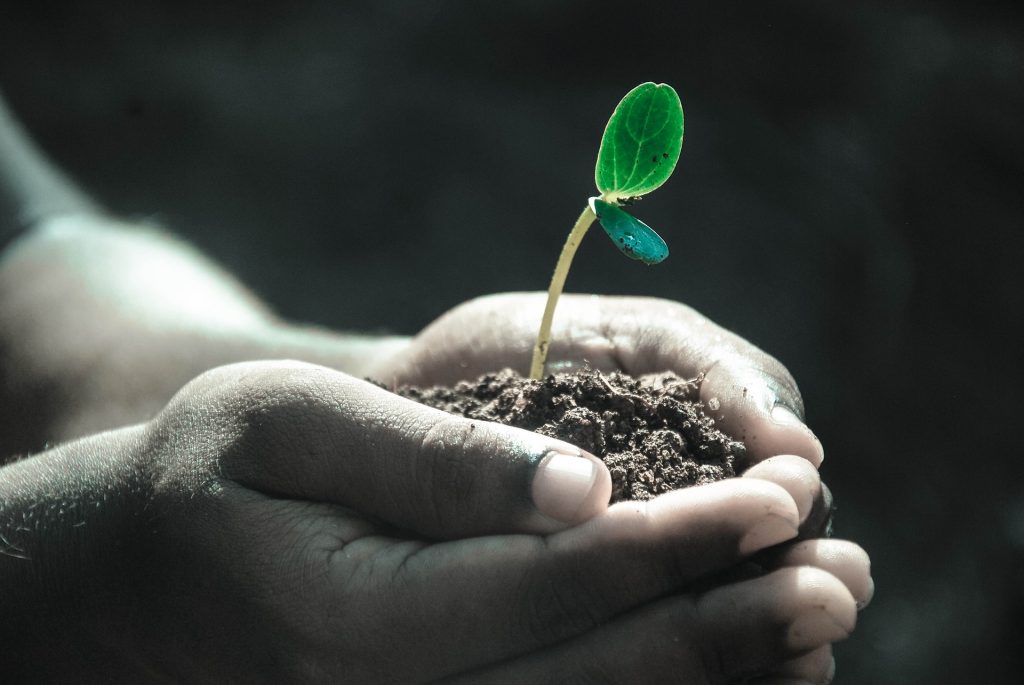 A Journey into Spiritual Landscaping

“You and me, a time for planting” are lyrics from a love song by Neil Diamond.  This song called out to Jim Milner, be it a worldly love song it took on a Christian application.  Much like the tearful cry for intimacy from the Lord Jesus, who patiently waits for his bride; hoping for those who will spread the gospel!  To plant hope and a future into the lives of his creation!  From the valleys and hills of Vermont Mr. Milner pastored a Congregational Church in Wallingford for 2 years and a seasonal church called Silver Lake Chapel near Gaysville Vt. responding to the Lords call to plant.  In his home in Stockbridge he and his wife witnessed the massive flooding of Tropical Storm Irene that wiped out miles of Rt. 107 in front of his apartment.

After having to evacuate he returned to see the devastation of landslides where roads used to be and the river that carved itself out a new direction he observed the massive changes at the hand of God!  Fourteen inches of rain had fallen on top of 3 feet of snow.  In the aftermath , trees that once beautified the sides of the river were  laying on their sides in the direction that the flood flowed ,mired in grey mud and dead, toppled like vandalized graves.  Fifty or so feet up a hillside above the crater that was once Rte. 107 a large crack streaked across the hillside wanting to invite a giant avalanche.  Nearby, the angry brown water of the flood threw the behemoth roots of a large tree smashing it into a garage door, and everywhere the muddy floods had been was soot,  lots of soot!  Where there was once an island in the middle of the river behind the apartment now it was no more.  And all the picturesque roads running alongside the once clear flowing beauty of the White River were cut off.  The access to peace had been severed.

The Spirit of God spoke to him and said,  “I’m changing the ministry landscape.”  Like the island, the churches in New England have their peace cut off,  still consisting of old white wooden structures topped with ornate bell towers and sided with memorial stained glass windows, with no teaching on the Spirit of God within their walls and hearts tainted in humanism.  The change in this landscape reflects the heart of the Lord Jesus when he toppled the tables in the synagogue saying “My father’s house will be called a house of prayer for all nations” Lk 19:46.

The Holy Ghost is calling out in the words of the Lord what is taking place now.   God wants the roadway to peace restored to his people!  The call upon the church is to reform itself in prayer, soaking in prayer, seeking the direction from God most high, not from man, not seeking direction from what we consider “church” in the 19th century New England perspective or the 21st century California view.

The intercessors of California stand to cry out to God and carry out this change in landscape through repentance, prayer and intercession speaking hope over their counties!  We prophecy over the hills, crying out for protection from devastating fires.  We speak life over the dust of the San Juaquin valley! Pray California is lamenting for hope for the homeless; homes for the misplaced from fires, policeman to be kept safe, and the harvest to come forth! We come with the full armor of God, by the power of God, destroying the strongholds of satan and setting ablaze the walls of hopelessness in California!

Through the mighty Holy Spirit of God Jim Milner joins this effort over El Dorado County as we supernaturally pour out our hearts under Jesus’ anointing, shedding the love of God (Rom 5:5)!   In prayer we wait for power from on high like Jesus instructed (Luke 24:49).  In blowing the shofar we are prepared to assemble for battle (Num. 10:1-9) to fight the good fight and pray without ceasing in California! (1 Thess. 5:17)  In prayer we release God’s power over California!  Amen and Amen!

Jim Milner is the prayer leader for El Dorado County and has his Masters in Religious Studies from Gordon Conwell Theological Seminary.  Jim was baptized in the Holy Spirit in 2001!  He is currently working on a second Masters Degree in Applied Theology from Advantage College and works as an engineer for the State of California.  He is currently taking part in the “Arise in Prayer” training to become a prayer coach under Doug Small, and is an ordained Reverend with the International Pentecostal Holiness Church (iphc.org) He has a beautiful wife Robin who is an anointed counselor for the healing of emotions and is anointed in prayer ministry.