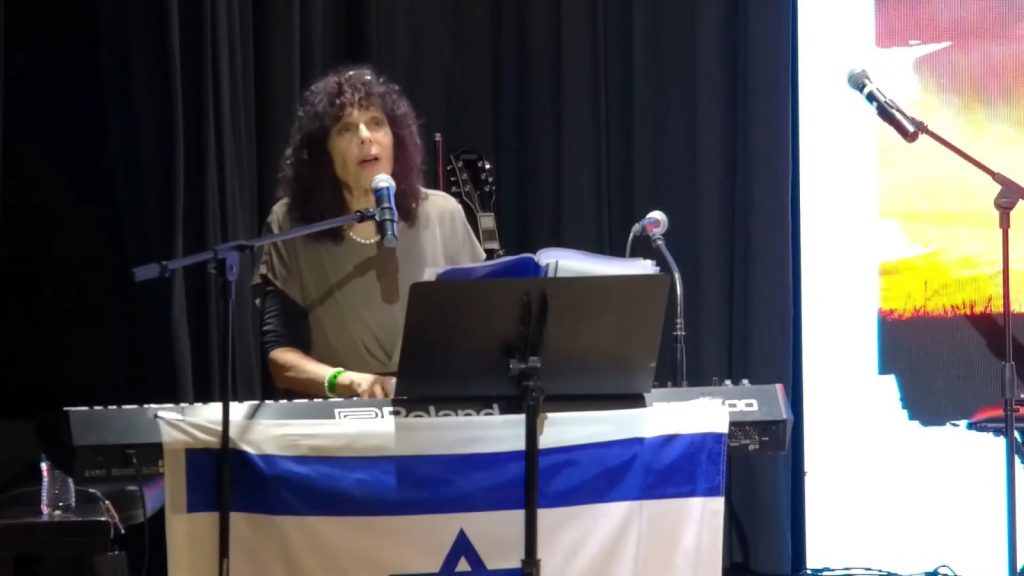 I compare these believers in California to Meshach, Shadrach, and Abednego, who, while walking in the hottest part of the furnace, understand that they are walking with the fourth man in the fire!

So instead of complaining about that place, let’s stand firm with the believers there and lift them up before the throne of grace!

California – a word and a dream with interpretations:

As the people came up to pray after the Leeper family worship time, I saw angels with clay, bringing pieces of clay in their hands and joining clay to clay. They were clearly building something and then I saw it come together- a gramophone! It resembled an orange trumpet flower. Then I saw another gramophone over San Diego and then more and more being constructed in other parts of California. The words of prayer that were declared over families were broadcast in the Spirit this way. People who you don’t even know heard and were impacted by these prayers for the family.

First impressions of this vision is that the New sound will be a sound from the past that’s why it is a gramophone that will trumpet in a revival fire 🔥 (orange trumpet) all over CA. Chuck Pierce preaches a lot about shifting atmospheres through sound. I believe this is an ancient sound of TRUTH that will resound in the hearts to restore families. The clay are those who are humble and obedient to be vessels (trumpet) of TRUTH. WOW – more obedience needed for me for sure!

Dream: Rotten Forest and the Accident That Wasn’t

There was a news report that another tree had fallen in the forest, so we came out to investigate why trees kept falling in this region. The tree that had fallen was almost completely gutted from within, rotten to the core. As we inspected the nearby trees, we saw that they were almost all in the same condition, with many leaning dangerously to one side, ready to fall at any moment. Then we realized that all the people living in the houses underneath these trees were in imminent danger and needed to move. We looked up and down the beautiful coast, where the sandy or rocky beaches were intact. But the rest of the land had marshy soil, and it was evident that no one could survive in this swamp because it would soon be in ruins.

There was no choice now but to cut down the other trees. Their mangled trunks were sickly thin near the roots but grossly bloated just before the upper branches. The leaves were brown and withered, a clear indication that each tree was rotten within and ready to fall. And when we realized that there were too many trees in this condition, we left them standing in ruins and many of the people moved away.

We packed our bags to leave as well. When we reached the street corner of SW Military near the clinic, we witnessed cars taking the bend too quickly, so they were skidding into one another, resulting in what would surely be a devastating multi-car crash. But when we turned right in the direction of the crash, to our surprise, there were no cars to be seen anywhere, and the road was completely clear! We had the police on the phone in order to describe the wreckage to them for the first responders, but somehow the road was fine and completely free of debris.

So we kept driving through the beautiful country roads. Upon awakening, I pondered this dream, which occurred on the final night of the Pray California conference and the end of my three subsequent journeys to LA. So I read the Book of Jude and then remembered this article:

Trees could represent governing forces here on the west coast. Many businesses and families have chosen to leave this sickly system to move to more business and family-friendly places where the biblical roots are strong. Corner of SW Military I believe represents Camp P. This is a dividing line in our state where SD is separated from the car wrecks of the weak and sickly governing forces that have crept into our seven mountains (cars represent typically ministries in dreams). Maybe that’s why you were directed to be in the book of Jude with exhortation of those inside the church not living by the Spirit. The corner was turned and there was no wrecks to be reported and the road clear to enjoy the journey. I believe this is a suddenly corner will be turned and there will be a sudden shift from disaster to shalom peace. Clear sailing again. I thank you for coming to pray blessings on CA. We need the shift and this sickly forest to be cut down. God wins.

The L-rd bless you from Zion!